Yes.
Firstly we need to balance main body of undeads.
Draft for new unit for newcomers © by Makazuwr32™.
Top

Oh
Despair, strife and HARROW for the living
Top

makazuwr32 wrote: ↑
Mon Jan 14, 2019 8:02 pm
On my device for example loading app itself (latest dev version) takes 68 seconds.
Loading some really big maps with lots of units and such takes sometimes up to 3 minutes.
I don't have any campain maps where i had such issue and also i am patient and can wait such low amount of time but in some random games with ai (1vs5) on biggest maps i had sometimes when unit amount of ai's was bigger than 200 (each!) it was loading 3-4 minutes and it also took at least 1.5 minutes even on highest speed for all ai's to take their moves.

Can't say same for DoomsDayDragonfire though.

Pretty much accurate, but the thing is, from the 4 versions of the game that i have (AOS, AOF, AOW, AOG), AOF is the only one that i see this much delay, not in a single map, but in an overall perspective, like, boot load (yeah i'm aware of the memory thing, but it used to be faaar way faster to boot load than the one atm), map load, AI movement, turn change... It pisses me of that it takes 6 or 7 times more time to do the same task from all the other versions together, it used to be as smooth as aos, but now it is really bad to wait so much to play there... I started to noticed such thing in 2 or 3 updates ago i guess (Gplay vers). Why and how is this happening? No idea... And can't say anything else to help track this down, but AOF for me is unplayable until this get fixed...

Anyway, I'm thinking to buy a new top touch device, (Fastest way to fix, not the cheapest, but that means insta-solve), but that also made me think that might be an issue to pay attention in the future...

Yep, would be weird if the suplementary units were more balanced than the actual core of the faction

I'm pretty sure it depends on the devices, because everything just loads in a few seconds for me.
Wise, Might, Loyalty. Forever stands Warfell.
Top

What about all those units back in the evil cathedral and sickle sindacate and the alchemist workshop AND the blood altar
Despair, strife and HARROW for the living
Top

Kinda missing your point here
You realize Warfell also too early to put in right as long as the Tier mechanic isn't it.

Actually humans are almost balanced there. Also i want to look again onto veil units.
Draft for new unit for newcomers © by Makazuwr32™.
Top

Ofc. I need to look onto units of veil again after rebalancing of undeads. And i must mention that unlike humans undeads i hope will get much bigger rebalancing.
Draft for new unit for newcomers © by Makazuwr32™.
Top

Harrow in forum mode wrote: ↑
Fri Jan 18, 2019 3:24 am
What about all those units back in the evil cathedral and sickle sindacate and the alchemist workshop AND the blood altar

Patience man, we are talking about +10 buildings and +30 units here, thats a HUGE amount of work in many fronts, also is really possible that some of them be cut from the final version, and right now, the game has more priorities to deal than these unfinished units, so don't expect them all to be in so early. I would rather expect for the phantom reinforcements than something from here at moment...
Stay Awesome!
(ノಠ益ಠ)ノ彡┻━┻
Top

Bummer...
Beware the calm before the Tempest. . .
Top

Added it to blood altar segment, made 2 versions for it, one with a single eye, and another with multiple eyes around the body. (*the tentacles are an extra*)

The op little boi. Image is nice tho.
Support new AoS variant, Age of Galaxy,its sci-fi themed: http://www.androidutils.com/forum/viewforum.php?f=135
All help will be welcome.

Thx, btw, still need to finish it, but idk wich of those 2 would fit better...

Anyway, i guess i must ask opinions about how it is looking the Hell Dragon, is it good enough?

Ok, made some changes on it

what you think of those?
Stay Awesome!
(ノಠ益ಠ)ノ彡┻━┻
Top

Removed the thing around the wings, seens much better

It is intended, but the wingless one reminded me of the "Tarrasque", (It is a giantic dragon like creature with many legs, turtle carcass and lion head, but can also be seen as a giant behemoth on D&D) 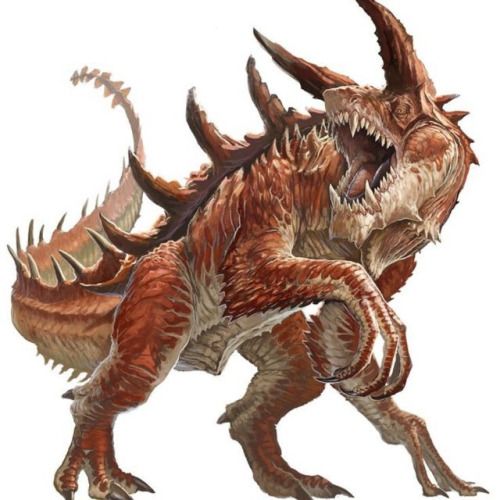 Whatever works the best it seems.
Wise, Might, Loyalty. Forever stands Warfell.
Top

So say once you do.
Wise, Might, Loyalty. Forever stands Warfell.
Top

Idk, i was planning to make some edits to it and so it could be the 2 units... But some weird stuff happened to me these days (my new phone got robbed and my pc toasted beyond repair...) So right now i'm in no mood to work with anything for a while...
Stay Awesome!
(ノಠ益ಠ)ノ彡┻━┻
Top

Sad to hear, hopefully you recover from that.
Wise, Might, Loyalty. Forever stands Warfell.
Top

Gladly, i had uploaded most of my stuff like 2 days b4 the toast, so all the work is safe, so things aren't that bad, but i will take more time to buy the stuff again
Stay Awesome!
(ノಠ益ಠ)ノ彡┻━┻
Top

Not all, but some stuff i might have forgot to backup, i remember that i was finishing the inferno legion units, some from alchemist wokshop and some aog units...
Stay Awesome!
(ノಠ益ಠ)ノ彡┻━┻
Top

Well, had 4 out 8 of the inferno legion troops backed up... Better than nothing.

32x64.
But if you mean why they are big, simple, in fact, they are intended to be big, like 4 or 5 meters high + they are overmuscled (i think thats how you say ppl that is too much muscled shape).
Stay Awesome!
(ノಠ益ಠ)ノ彡┻━┻
Top