Here you can discuss what kind of races should be in the game.
Post Reply
491 posts

Good one. They can have a unit that is able to infect the other races (undead not included), an underground digging centipede possibly. Flying swarm of giant bug (bee?), giant ant, some insect-human hybrids (maybe?), and many more!
Currently exploring the wonder of dimension.
Top

The game does have giant spiders, so this race does actually make sense to me.
RED, WHITE and BLUE!
Top

The question is should they leave corpses?
Im not coming. Im impending
Top

Considering that these should be weak on the undead, I'm thinking no, at least not the weak ones.

Anything costs 5 and up!
RED, WHITE and BLUE!
Top

The units i think can be implemented :
-Ant Workers / Bee Workers (depending on the type, maybe ant workers should have bigger mend, while the bee is faster but mend less)
-Ant Soldiers (weak individually, but strong in number as they are cheap)
-Bee Stinger (had poison effect, agile, but a little more costly than the ant)
-Centipede (weak hp strong attack, can dig underground, fast in underground, easily able to ambush but it need more turn to make)

Puss_in_Boots wrote:The game does have giant spiders, so this race does actually make sense to me.

-Giant Spider (?) (has the skill to throw web in one range, the web and the spider is invisible, if enemy step in, they would get stuck there, like a stun)
-And many more maybe will come.
Currently exploring the wonder of dimension.
Top

Ok we have ideas but how should they look?
1.insects only
2.insectoids and insects
3.insectoids only

how digging would look like?
In my opinion centipedes could have special building called tunnel entrace which allow you to build tunnel that need to be ended with tunnel entrace. tunnel is invisible and can be only destroyed by destroying tunnel entrace
you can transport units faster with tunnel
so they don't need wagon
Im not coming. Im impending
Top

I think that the tunneling feature might get to complicated or be too much work.

A simple suggestion for tunneling, just transforms the centipede into a translucent centipede and it remains invisible for enemies. If the enemy steps on it, the centipede will instantly kill it. It will become visible afterwards.

Also I think we should focus on insects, and the insectoids will be hero units of the insect race I guess.
RED, WHITE and BLUE!
Top

so ok let's think about stats and make unit list and then we can start making pictures
(I can't but I will try)
Im not coming. Im impending
Top

Thank you for volunteering as an artist.

I will come up with the stats!
RED, WHITE and BLUE!
Top

This race might have less sight due to their bad eye sight, but there will be some units that can see well.

Btw, is there a way to put this reply all the way to the top?

Ant Warrior:
Costs:2
Hp: 14
Attack: 8
Armor:0/0
Movement:3
Sight: 3
(Has a higher bonus on structures than human warriors. This unit will also have upgrades to improve it's performance)

I decided upon making spider sub species with different abilities. I will explain them later in more detail...

Jumping spider: Cheap and has 2 range.

(Please suggest new name) Weaver Spider: Cool down 2 Spell - shoot web: Constructs a sticky structure that prevents flying units from passing it, but allows ground units to walk through, halving their speed like in AoWW. If shot at a ground unit it slows it down, if it is a flying unit it gets shot down.

Make a list of which should be in!
RED, WHITE and BLUE!
Top

Any ideas on how this "great colony" could look like or better names for it?
RED, WHITE and BLUE!
Top

Looking at Lord of The Rings campaing how about Shelob?
Im not coming. Im impending
Top

Thank you for the suggestions!

For its size I don't think the name, "Birdeater," is fitting. How about, "Goliath Maneater," or something along those lines.

The speed bonus for the Darwin spider sounds good, as long as it isn't too much work for a small feature.

I think Shelob would be more fitting for a hero unit than a regular unit considering it is from LoTR.
RED, WHITE and BLUE!
Top

Ok now I see we can use or edit some of these pictures
viewtopic.php?f=26&t=43
Im not coming. Im impending
Top

Very cool, I think you should make the team coloring go on the antennas of the insects.
RED, WHITE and BLUE!
Top

I don't know about "Great Colony", but at least there should be hive (flying unit building, like bee), nest / ground nest (thinks of it like a base ant make, for ground units), and spider nest (a special buildings for spiders). As the basic buildings for insects, the walls will be varied from ant to bee (ant have a dirt-like wall, bee i remember had something like special liquids for making wall, little bit sturdier than the ant wall, cost a little more as worker bee has less mend and worker ant can't make it).
Currently exploring the wonder of dimension.
Top

Has an ideas. Botfly, a fly whose larvae is a parasite. Can be used in AoS, imagine a giant botfly after you see this https://en.m.wikipedia.org/wiki/Botfly.
The botfly will be a "very weak units", to compensate that it will has the ability to inject larvae to its host in the cost of its life, if the infected host din't get cured by healer from any race in a few turns (2-3 turns?), the host will be yours with a little enchanced strengh (the host lost his/her though, like berserking), noted that it will only lasts a few turns, after that the host will die automatically, changed by a new botfly. (Note that undead units can't be parasited cause they don't have fresh flesh)
I propose this insect will be a special units.
Currently exploring the wonder of dimension.
Top

I made a mantis 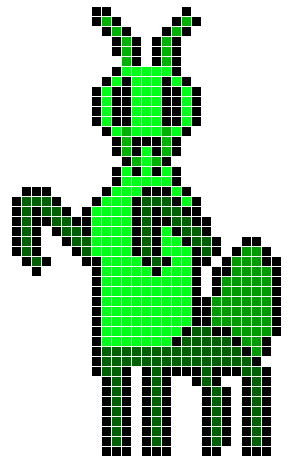 Typhoon wrote:I made a mantis

It's look like a centaur though.
Still don't give up!

It's a good rough draft, but please focus your artworks on the suggested units.

Thanks!
RED, WHITE and BLUE!
Top

I made some pictures 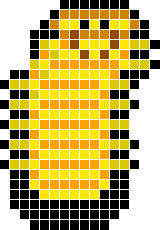 And ant worker is in progress
Im not coming. Im impending
Top

I think you should try to use pocket paint, it works well on mobile devices.

Gimp is great if you have a PC.
RED, WHITE and BLUE!
Top 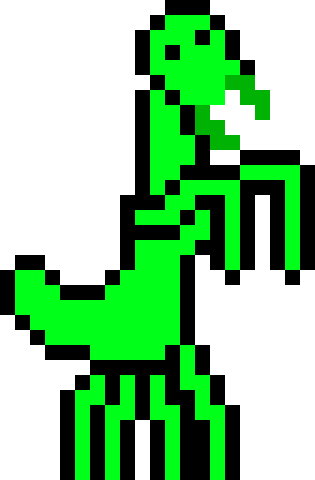 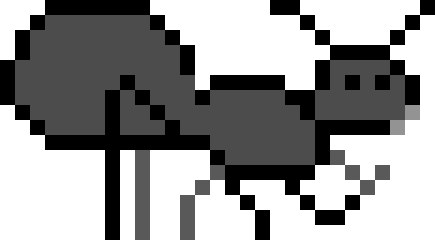 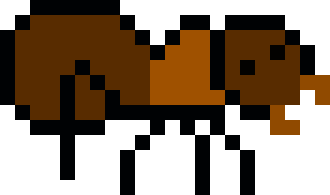 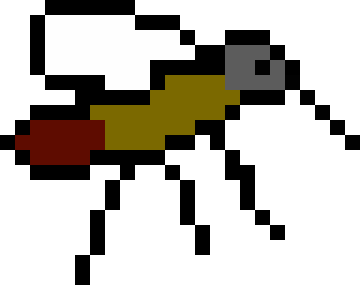